Cpp-Blackboxwm: A window manager for X11

This is a fork of the original blackbox CVS that is on Sourceforge. This fork is hosted on GitHub. What it includes is all changes made on the official blackbox CVS repository on branch blackbox-0_70_2cvs, as well as patches collected from pdl-linux, Debian, the blackbox bug list, other GitHub forks. It also includes enhanced EWMH/ICCCM compliance.

This is the blackbox-0.77 package, released 2021-05-11. This release, and the latest version, can be obtained from GitHub, using a command such as:

Please see the NEWS file for release notes and history of user visible changes for the current version, and the ChangeLog file for a more detailed history of implementation changes. The TODO file lists features not yet implemented and other outstanding items.

The file COMPLIANCE lists the current state of EWMH/ICCCM compliance.

When working from git(1), please use this file. An abbreviated installation procedure that works for most applications appears below.

The quickest and easiest way to get blackbox up and running is to run the following commands:

This will configure, compile and install blackbox the quickest. For those who like to spend the extra 15 seconds reading ./configure --help, some compile time options can be turned on and off before the build.

For general information on GNU's ./configure, see the file INSTALL.

The next thing most users want to do after installing blackbox is to configure the colors, fonts, menus, etc. to their liking. This is covered by the files README, README.menu and README.style. These files give detailed information on how to customize your new window manager.

Currently, the only included utilities are a program named bsetroot(1) and a script called bsetbg(1). bsetroot is a replacement for xsetroot(1), minus a few options. The difference between xsetroot(1) and bsetroot is that bsetroot has been coded for multiple screens (e.g. multi-headed displays), where as the stock xsetroot(1) is not. The bsetbg script acts as a wrapper for most of the popular programs used to set background pixmaps, making it possible for styles to provide a machine-independent rootCommand.

With the start of the 0.60.x series blackbox no longer handles any keyboard shortcuts; instead it supports a communication protocol which allows other programs to handle these and related tasks. If you'd like to be able to use keyboard shortcuts with blackbox, bbkeys(1) can provide you with all the previous functionality and more.

If you're looking for a GUI with which to configure your blackbox menu and/or styles, check out bbconf(1). bbconf(1) is a QT program that does just that, as well as providing a GUI for editing your key bindings for the above mentioned bbkeys(1).

Read the manual page after installation: 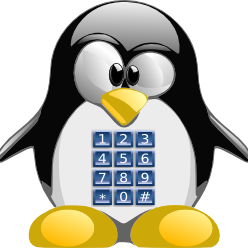 blackbox Package blackbox-0.77 was released under MIT license 2021-05-11. This is a fork of the original blackbox CVS that is on Sourceforge. This for bbidulock/blackboxwm