The library consists of two independent hooks: useSimpleFlip and useFlipGroup. Use useFlipGroup if you need to animate position or size of an indefinite number of children (see examples below). Use useSimpleFlip for everything else.

useSimpleAnimation requires one argument, which is minimally an object with the id of your animated element and boolean hook dependencies. You may optionally provide:

a) a callback to be executed after an animation is done: onTransitionEnd b) CSS transition options c) a special flag that tells the hook whether the transition is "shared"

useFlipGroup requires one argument, which is minimally an object with the id of your animated element and hook dependencies. You must also attach a unique data-id to every child that you want to animate (see examples below). The data-id can be the same as a key prop.

a) a callback to be executed after an animation is done: onTransitionEnd b) CSS transition options

You may add an opts options object to the argument of useSimpleFlip or useFlipGroup. It allows you to specify CSS transition duration, easing function and animation delay:

Comparison with other libraries

react-easy-flip can animate both position and scale, as well as prevent distortion of children of an animated element when its scale is changed. It also allows you to easily do so-called "shared element transitions" (e.g. smoothly translate an element from one page to another). The examples are given below.

Additionally, react-easy-flip is the only FLIP library for React that provides animation via a hook. react-easy-flip has the smallest bundle size. It does not use React class components and lifecycle methods that are considered unsafe in latest releases of React.

The code for the demo above can be found in this repository here. Below are some simple Codesandbox examples:

This examples shows the difference between the same transition done in CSS and with react-easy-flip:

This is a good usecase for useFlipGroup:

This is an example of so-called shared element transition. Click on any square with the Moon in it. Note that the black background and the Moon are different elements (with different parents) after the click, yet the animation remains smooth despite the DOM unmount. This technique is done fairly easiy with useSimpleFlip and can even be used to animate elements across pages in SPA.

This library requires React version 16.8.0 or higher (the one with Hooks). 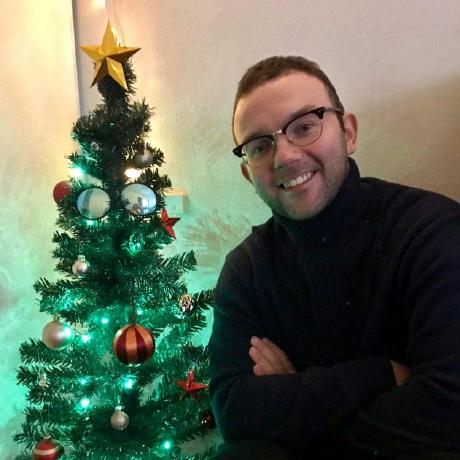