This is the second major release of Tock! Tock 2.0 comes with a revamped system call interface with clarified semantics for how resources are shared between processes and the kernel. This is a breaking change from Tock 1.x and Tock 2.0 requires apps compiled for the new syscall interface.

Tock is an embedded operating system designed for running multiple concurrent, mutually distrustful applications on Cortex-M and RISC-V based embedded platforms. Tock's design centers around protection, both from potentially malicious applications and from device drivers. Tock uses two mechanisms to protect different components of the operating system. First, the kernel and device drivers are written in Rust, a systems programming language that provides compile-time memory safety, type safety and strict aliasing. Tock uses Rust to protect the kernel (e.g. the scheduler and hardware abstraction layer) from platform specific device drivers as well as isolate device drivers from each other. Second, Tock uses memory protection units to isolate applications from each other and the kernel.

Tock is documented in the doc folder. Read through the guides there to learn about the overview and design of Tock, its implementation, and much more.

Follow our getting started guide to set up your system to compile Tock.

Head to the hardware page to learn about the hardware platforms Tock supports. Also check out the Tock Book for a step-by-step introduction to getting Tock up and running.

Find example applications that run on top of the Tock kernel written in both Rust and C.

Read our getting started guide to get the correct version of the Rust compiler, then look through the /kernel, /capsules, /chips, and /boards directories. There are also generated source code docs.

We encourage contributions back to Tock and are happy to accept pull requests for anything from small documentation fixes to whole new platforms. For details, check out our Contributing Guide. To get started, please do not hesitate to submit a PR. We'll happily guide you through any needed changes.

Keep Up To Date

You can also browse our email group and our Slack to see discussions on Tock development.

The Tock project adheres to the Rust Code of Conduct.

All contributors, community members, and visitors are expected to familiarize themselves with the Code of Conduct and to follow these standards in all Tock-affiliated environments, which includes but is not limited to repositories, chats, and meetup events. For moderation issues, please contact members of the @tock/core-wg.

Unless you explicitly state otherwise, any contribution intentionally submitted for inclusion in the work by you, as defined in the Apache-2.0 license, shall be dual licensed as above, without any additional terms or conditions. 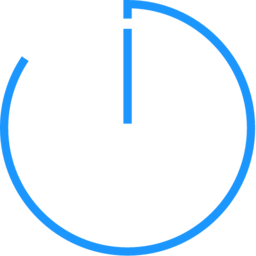