It let's you write pure, composable and versatile redux store interactions (both sync and async) like this:

Yes, dispatch({ type: "ERROR_INSUFFICIENT_FUNDS" }) is pure - it does not dispatch actions, instead it's an expression evaluates to some data structure to be interpreted later (when dispatched by redux store). This small snippet of code does the following once dispatched:

The inspirations of this enhancer are:

dispatch, effect, rollback etc are all functions that return data structures which encodes the shape and control flow of effectful computations (redux store api calls). In fact, the underlying data structure here is a Free Monad. If you don't know what it is don't worry, for the purpose of using these library, they are just immutable objects with then method. For example:

You'd write these store interactions just like how you would write promise chains - and the final interaction when dispatched will do almost exactly what you think it does.

Furthermore, a handy generator oriented helper Do is provided to make code more readable. Haskell has do notation, Scala has for comprehension, and javaScript has co and async-wait syntax for flattening out nested promise chains. Do lets you use generators to rewrite the code above to:

Comparisons with Other Libraries

Kinda. redux-thunks gives you the freedom to consult getState and do multiple and possibly async dispatch calls. But thunks are effectful and not composable. You cannot easily take the return value of a thunk and use it as inputs of other thunks easily, nor can you rollback thunk actions without big changes to reducer. This library gives you all the raw power of redux-thunk but non of the effectful nastiness...

Think an DSL / interaction / free monad (I haven't come up a name yet...) as a one-time saga. It doesn't have access to actions from other dispatch calls, but the general idea is similar: declarative and composable async control flows.

** Note: This library assumes all actions are plain objects, it will not work with other middlewares and enhancers that gives you the ability to use non-plain-object actions (such as redux-thunk, redux-promise) . In other words, an action must be something you reducer can understand.

Don't worry too much about the type signature.

Given a select function, read produces a command to read value from store, "returned" value is select(store.getState()), the value can be accessed like:

dispatch takes an plain object (action), and returns a command that dispatches the action when executed.

This will dispatch an DECREMENT action only if store's counter value is positive. redux takes dispatch out of action creators from flux, now I am putting it back in...

effect takes a function that returns a promise and stores it. When interpreted, the function gets called, and when the promise it returns resolves, the value becomes available to the next then function in the DSL chain.

The termination of a transaction, end is automatically assumed for any chain of commands, if the last one is not end.

The most magical of them all. When encountered by the internal interpreter, all dispatched action from the given transaction so far will be taken out history as if they never happened! Other concurrent actions (and transactions) remain intact.

Dispatching a free monad switches redux store to a "event sourcing" mode. What it means is all actions dispatched (including vanilla ones) gets added to a queue (this is why rollback is possible). If you have a long running or perpetual thing going on like this:

You'd either running into a infinite loop (if everything is sync) or a async loop (if effect is used like above) with memory leak from the action queue.

Is it production ready?

It's a complex piece of machinery, there for sure are bugs. Also lots of edge case handling code is missing. 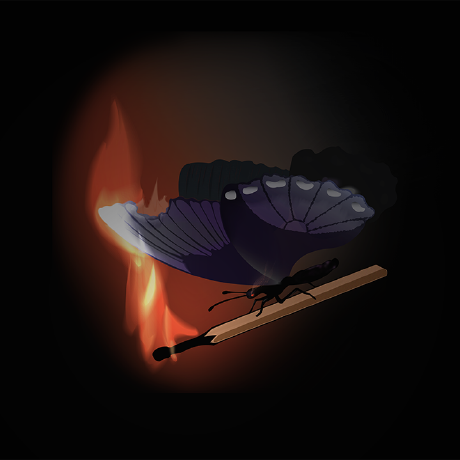 redux-free-flow What it does It let's you write pure, composable and versatile redux store interactions (both sync and async) like this: import { Do, dispatch, effect, end, rollback } from "redux-free-flow"; impor yiransheng/redux-free-flow